“And surely, as nature createth brotherhood in families, and arts mechanical contract brotherhoods in commonalities, and the anointment of God superinduceth a brotherhood in kings and bishops; so in like manner there cannot but be a fraternity in learning and illumination, relating to that paternity which is attributed to God, who is called the Father of illuminations or lights.”

Bacon’s mention of a “fraternity in learning and illumination” has sometimes been taken to refer simply to a body of organised science, such as that which was begun by the Royal Society, which acknowledged Bacon as its “Instaurator”. It has also been taken to refer to Speculative Freemasonry, founded as a non-operative body in its own right 1  in England sometime during the early 17th century but launched publicly with the re-founding of the London Grand Lodge as the supreme Grand Lodge of England in 1717. 2 James Anderson’s Constitutions of the Free-masons (1723) refers to English Freemasonry as having been refounded (i.e. instaurated) by the Romano-British Saint Alban, 3  but provides various strange anomalies and hints pointing to a later “Saint Alban” as the instaurator of English Speculative Freemasonry, such as the hint that the Emperor appointed St Alban as Steward of his household and chief ruler, after himself, of the realm. This later St Alban was Francis Bacon, Viscount Saint Alban, Lord Keeper of the Great Seal and Lord High Chancellor to King James I of England and VI of Scotland, “Emperor” of Great Britain.

But there is far more to Bacon than even this. His main esoteric link is to a fraternity that at one time named itself the Society or Fraternity of the Gold and Rosy Cross. Michael Maier, who came across the Rosicrucians when he was in England and later wrote about them, is alleged to have stated that the fraternity was formed c.1570 by followers of Heinrich Cornelius Agrippa von Nettesheim, who founded a secret society in London in 1510 similar to the one in Paris, with secret signs of recognition; and that this society gave rise to the Brethren of the Gold and Rosy Cross in 1570 who founded corresponding chapters of their society throughout Europe. 4

From this and other evidence, it would appear that the original 16th/17th century English Rosicrucian fraternity grew out of a particular branch of a European-wide society of Renaissance philosophers established in England under the patronage of Sir Thomas More in the time of Henry VIII, but whose headquarters was at that time in Paris, France, and before that in Milan and Florence, Italy. This can be traced in various ways, but a primary key to this particular stream of the European Mystery Tradition is the use of the ‘AA’ symbol as both a teaching and a signature. There are many hints and allusions, symbolic and otherwise, which indicate that at some point Francis Bacon became the “Father” or “President” of this fraternity, as also its renovator (like Orpheus, who renovated the Dionysian Mysteries as the Orphic Mysteries), and that as such he was the “Apollo” of the Rosicrucian fraternity and overlighting “Light” of Speculative Freemasonry.

These mysteries, including the ‘AA’ symbol, go right back to the Classical and Ancient Egyptian-Mesopotamian times. In fact, the tradition traces its origins back to the time of Atlantis, and in particular to the renowned king of Atlantis, known as Atlas or Enoch. After the fall of Atlantis, the mysteries took root and blossomed in Ancient Egypt, Mesopotamia and Thracia. From Egypt came the Hermetic Mysteries; from Mesopotamia (Persia) came the Magian Mysteries; from Thracia came the Dionysian and Greek Mysteries. Various fusions of these produced the Hebraic Mysteries, the Orphic Mysteries and the Christian Mysteries.

All mysteries have their philosophical counterpart, or belong to a philosophical stream of thought, the mysteries being the theatrical drama by means of which the motivations, psychology, laws of life and initiatory process of human beings are taught to men and women in an experiential way as a complement or aid to philosophical development. The theatre serves psychology just as the laboratory serves natural science. It is primarily from the Classical mysteries that Renaissance and modern drama and theatre has developed. Accompanying the Classical mysteries was the Pythagorean-Platonic-Neoplatonic philosophical stream of thought, from which the main philosophical thrust of the European Renaissance was derived, together with input from Christian theology and mysticism, Jewish Kabbalah and Hermeticism (a branch of which was known as Alchemy).

The primary founders of Renaissance Neoplatonism were Marsilio Ficino and Giovanni Pico della Mirandola, both members of the brilliant circle of scholars, writers and artists associated with the Medici court in Florence in the 15th century, under the patronage of the great Cosimo de’ Medici and his successors. It was Cosimo who arranged for a collection of Greek manuscripts that recorded the works of Plato and various Neoplatonic philosophers, and which included the Corpus Hermeticum, to be brought to Florence from Constantinople. From these, Marsilio Ficino (1433-99), a scholar, physician and priest, was commissioned by Cosimo to translate into Latin the Hermetic writings and the dialogues of Plato, together with the Neoplatonic writings of Porphyry, Proclus, Pseudo-Dionysus the Areopagite and Plotinus. 5 Giovanni Pico della Mirandola (1463-1494), who eventually joined Ficino at his “Platonic Academy” in Florence and was the first Christian scholar to use Kabbalistic doctrine in support of Christian theology, introduced Christian Cabala into the new-born Neoplatonic-Hermetic-Christian philosophical and mystery tradition.

Ficino’s understanding, as that of others including St. Augustine, was that a divine theology or wisdom tradition, based on love, began simultaneously with Zoroaster among the Persians and with Hermes Trismegistus among the Egyptians, and that this wisdom tradition led in an unbroken chain to Plato via Orpheus and Pythagoras. It is this wisdom which is reputed to underlie the Hebrew, Orphic and Christian teachings, all of which developed from the blended Hermetic and Magian origin.

Demonstrating that this wisdom tradition was associated with Christianity, with links via Moses and the Zoroastrian Magi, Ficino was able to reconcile Platonic and Neoplatonic philosophy with Christian theology. He regarded both philosophy and religion as being manifestations of a spiritual life, each needing the other in order to attain the summum bonum, or greatest good. According to the Neoplatonic philosophy which he founded, based upon the Hermetic wisdom, love is the sustaining principle of the universe, and the attainment of the highest good is dependant not upon the Church but upon an impulse universal to mankind. The soul is not only immortal, but all souls by an inner urge naturally seek truth and goodness (i.e. God, the All-Good).

This, in effect, was the same belief or philosophy that Francis Bacon held. It is not for nothing that Ficino was known as the second Plato and Francis Bacon as the third Plato.

In this whole mystery tradition we should not omit that of the Celts or Druids. The Tudors had a strong connection with the Welsh or Celtic royal bloodline and Bardic tradition, and so the birth of the Rosicrucian impulse in England (which at that time embraced Wales in its definition) included an interest in and knowledge of the Ancient British Mysteries and Philosophy, including geocosmological knowledge of the landscape. The myth of King Arthur and the Knights of the Round Table is thus of prime importance, with the Christian St George being assimilated as representative of a Knight of the Round Table—the Red Cross Knight of Holiness, as he is called in Edmund Spenser’s The Faerie Queene. The Red Cross, which is the same as the Gold Cross (red being the colour and gold the equivalent metal in heraldic terms), symbolises divine Light and is the traditional emblem of King Arthur and the Knights of the Round Table. Later it was used in the Christian Mysteries and became the emblem of the Archangel Michael and of St George, the Red Cross Knight, as well as representing the Universal or Cosmic Christ, the Light or “Sun” of the Universe—the Light of Love. Besides having a cosmic meaning, the Round Table is associated with Merlin, Arthur’s teacher, and with the land of Britain, which is the ‘round table’ or ‘theatre’ on which or in which we play our parts in the Great Mystery. Knowledge of this provides one of the keys to the Shakespeare Mystery.

(1) i.e. as distinct from Craft Masonry, or Craft Freemasonry with a speculative aspect.
(2) The other Grand Lodge of England was the York Grand Lodge, which was the original Grand Lodge of England (set up in Saxon times) and which set up the London Grand Lodge as a subsidiary when membership in London and southern England became greatly enlarged. The York Grand Lodge, and the London Grand Lodge when first established, was for operative purposes, although including a speculative aspect. The speculative, philosophical role of Freemasonry grew rapidly in London during the latter half of the 16th century, mainly due to influence and input from ‘Rosicrucians’, such as John Dee and later Francis Bacon, and their high-ranking Freemasonic friends.
(3) England did not exist at the time of the Romano-British Saint Alban. The country then was named Britannia or Britain and so Anderson's reference should have been to British Freemasonry, rather than English Freemasonry; but he associated English Freemasonry with Saint Alban for a purpose.
(4) Maier is alleged to have stated this information in a manuscript that was once in the possession of the University of Leiden (or Leipzig).
(5) The translation of the Corpus Hermeticum was ready in 1464 and published in 1471 under the title of Pimander. The translations of Plato’s dialogues, completed c.1468 were published as the Platonic Theology in 1474. 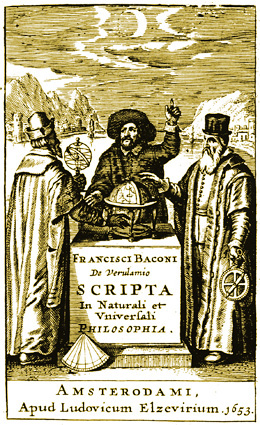