“This Order or Society is sometimes called Salomon's House, and sometimes the College of the Six Days Works... [instituted] for the finding out of the true nature of all things, whereby God might have the more glory in the workmanship of them, and men the more fruit in the use of them.”

Francis Bacon's utopian novel, New Atlantis, was probably written around 1623 but not published until 1627, a year after Bacon’s death, by Bacon’s chaplain, friend and literary executor, Dr. William Rawley. Published under the title, New Atlantis: A Worke unfinished, it was appended to (i.e. twinned with) a larger work, Sylva Sylvarum: or A Naturall Historie in Ten Centuries—a position designated for it by Bacon himself, thereby illustrating the conjoining of speculation with experimentation, or reason with experience, thought with action.

In his preface to the work, Rawley describes it as a “fable my lord devised, to the end that he might exhibit therein a model or description of a college, instituted for the interpretation of nature, and the producing of great and marvellous works for the benefit of man, under the name of Salomon’s House, or the College of the Six Days’ Work”.

The story, set in the present (i.e. contemporaneous with Bacon) but against the background of Plato’s account of Atlantis, and incorporating important classical, biblical and Christian elements, contains Bacon’s idea or vision of a utopian civilisation, living in peace, friendship and charity in an island called Bensalem (’Son of Peace’), and having, as its “lanthorn”, an order or society of philosophers formed into a college “dedicated to the study of the works and creatures of God”, and for the “finding out of the true nature of all things, whereby God might have the more glory in the workmanship of them, and men the more fruit in the use of them”.

Basically the novel suggests a kind of morally decent and friendly utopian society, governed by a democratically elected parliament with a sovereign head of state, in which exists an organised body of science known as Salomon’s House, guided by divine Providence and dedicated to discovering the mysteries of heaven and earth, and to charitable purposes. The novel presents, in a semi-allegorical way, Bacon’s vision of how he thought or hoped his Great Instauration might work. This is summed up by a Father of Salomon’s House, who declares in the book that “the end of our foundation is the knowledge of causes and secret motions of things, and the enlarging of the bounds of human empire, to the effecting of all things possible”.

Rawley informs us that "His Lordship thought also in this present fable to have composed a frame of Laws, or of the best state or mould of a commonwealth", but that the work was left unfinished because Bacon felt it more important to turn his attention first to putting together examples of his natural history. Interestingly, however, the background of the story references and uses Plato's account of old Atlantis given in his Critias and Timaeus, which was also left unfinished. Indeed, all of Bacon’s work was left unfinished; for, as Bacon said in a letter to his friend, Toby Matthews: “My great work goes forward; and after my manner, I alter ever when I add. So that nothing is finished till all is finished”. 1

To have had a sketch of Bacon’s ideas of the laws and constitution of a utopian Commonwealth might indeed have been very useful, as Bacon’s legal and Parliamentary work was extremely significant and ultimately very influential. For instance, his formulation of a ‘double majesty’ state became the basis for the unwritten constitution described by John Locke in the Two Treatises, and for the written constitution created by the American Founding Fathers that provided for the dual sovereignty of the American Federal system. Bacon also invented the case method of law finding in which the impartial ‘noumenal’ ruling of judges is used as empirical evidence permitting reliable inferences about the unwritten common law, and thus of the country’s unwritten constitution. In this, the role of the Chancery is key, being the national high court of equity concerned with conscientious law, with the power to influence or overrule the decisions of the common law courts. As a Lord Chancellor, and someone who believed in and earnestly promoted moral philosophy or science and charitable behaviour, based on the concept of divine love as being the universal law, this is of the utmost importance.

What Bacon does portray in his New Atlantis is a scientific body constituted in a similar way to that of an ideal ‘Baconian’ legal system overseen by Chancery, in which “the unwritten laws of nature and society could be revealed on a case-by-case basis by scientists trained, like lawyers, to avoid prejudice, influence, dogma, ideology and power”. 2  Although New Atlantis, together with the Advancement of Learning (De Augmentis Scientiarum) and New Method (Novum Organum), inspired and led directly to the establishment of scientific institutions such as the Royal Society, much of what Bacon advocated was either not followed (such as the moral requirements and link with Divinity) or eventually rejected because of mistranslation and misinterpretation of his Latin writings and the major influence of Newtonian mechanics; and so it still remains today. Albeit with many notable exceptions, much of modern science is still largely subject to the vagaries of commercial self-interest, political intervention, materialism and corruption, and is hardly used in service to Divinity (i.e. as handmaiden to the Mistress), whose nature is Love.

What New Atlantis emphasises more than anything else is the absolutely essential moral basis and charitable purpose of Bacon’s Great Instauration, for the development of a science that is employed entirely out of love and compassion for the human race and all life, all nature, free of the burdens of greed and overriding self-interest, and devoted to fulfilling the two ‘twin’ Great Commandments: “Love God” and “Love your neighbour.” 3

In sum, I would advise all in general, that they would take into serious consideration the true and genuine ends of knowledge; that they seek it not either for pleasure, or contention, or contempt of others, or for profit, or fame, or for honour and promotion, or such like adulterate or inferior ends; but for the merit and emolument of life; and that they regulate and perfect the same in charity. 4

I take Goodness in this sense, the affecting of the weal of men, which is that the Grecians call Philanthropia; and the word humanity (as it is used) is a little too light to express it. Goodness I call the habit, and Goodness of Nature the inclination. This of all virtues and dignities of the mind is the greatest; being the character of the Deity: and without it man is a busy, mischievous, wretched thing; no better than a kind of vermin. 5

As with all of Bacon’s work, the New Atlantis has a foundation in the Mystery tradition and is constructed, like an ark, as a repository and conveyor of ancient wisdom, so that the wisdom might not be lost in the floods of destruction that Bacon foresaw lay ahead. The importance of Cabala—a secret Cabala transmitted from Moses—is emphasised, to make it clear that the laws of Bensalem, and thus the laws governing Salomon’s House and Bacon’s philosophy, are based on and enshrine this Cabala.

The story, although referring to the past and present, is primarily a prophecy of the future and of Bacon’s hopes for the future, portrayed in an allegorical or poetic form that contains, howbeit in a veiled form, a profound wisdom—as indeed are most great prophecies and mysteries.

The prophetic aspect of the story ‘foretells’ a future destruction of a greedy, morally corrupt and militaristic civilisation, and the survival of an ‘island’ in which the wisdom is preserved, enlarged upon and practised by a truly philanthropic philosophical society. After the destruction, because of the survival of Bensalem, the world can be recreated anew as a New Atlantis. The island, of course, is a metaphor for a state of being, consciousness and activity which can exist anywhere in the world. Whether we are a citizen of it or not is up to each of us.

It should be noted that, in the New Atlantis, Bacon chooses to use the Latin Vulgate Bible spelling of ‘Solomon’, i.e. ‘Salomon’, just as he borrows the word ‘Instauration’ from the same source, meaning repair, renovation, renewal, which combines the sense of rebuilding the old and building anew. One of the likely reasons for this is that, whereas it had been of vital importance for Protestant scholars to provide the scriptures in the vernacular for ordinary people (hence the 1611 King James’ Authorised Version of the Bible), it was considered by the same scholars that biblical study was best undertaken within the international common medium of the Latin Vulgate. The latter continued to be regarded as the standard scholarly Bible throughout most of the 17th century, and the phraseology, wording and spelling of names in the Vulgate was widely used. However, there is clearly another and probably overriding reason, which is the cipher play on the letter ‘A’.

Key elements in the story

“Some think it beareth the founder’s name a little corrupted, as if it should be Solamona’s House.  But the records write it as it is spoken.  So as I take it to be denominate of the king of the Hebrews, which is famous with you, and no stranger to us.”

SALOMON is the Latin Vulgate spelling of Solomon, but SOLAMONA is Bacon’s own invention.

First of all one should notice the emphasis on the letter ‘A’ and what Bacon does with it. Secondly, Bacon has created a name that is similar to that of Salomon (Solomon), and therefore also in meaning, whilst at the same time his new name has a further meaning. Salomon/Solomon is derived from the Hebrew name שְׁלֹמֹה (Shelomoh) which in turn is derived from Hebrew שָׁלוֹם (Shalom) "Peace" or (Shalem) “Complete”. Solamona consists of the syllables Sol-a-Mona, which reveals two names, Sol (‘Sun’) and Mona (‘Moon’), joined together by the primary sacred letter ‘A’. Solamona, therefore, is a name for the immortal-mortal—the Sun being symbolic of the immortal and the Moon being symbolic of the mortal. Confirming this meaning of the name, the governor of the Stranger’s House describes Solamona as “a divine instrument though a mortal man”.

The Sun and Moon symbolise our divine spirit and human soul, or higher self and lower self, or lover and beloved, also known biblically as bridegroom and bride. They are the so-called Gemini of which we are each composed. They can also signify heart and mind, or wisdom and understanding, or Divinity and Philosophy. When joined together in a unity of operation, this indeed is peace or completeness.

Thirdly, by emphasising that the College of the Six Days’ Work is called Salomon’s House rather than Solamona’s House, Bacon is indicating that both his Great Instauration and his idea for a “fraternity of learning and illumination” 6  is based upon Solomonic wisdom and ancient Cabala (or Hebrew Kabalah), as taught and practised by both Solomon and Jesus.

And surely, as nature createth brotherhood in families, and arts mechanical contract brotherhoods in commonalities, and the anointment of God superinduceth a brotherhood in kings and bishops; so in like manner there cannot but be a fraternity in learning and illumination, relating to that paternity which is attributed to God, who is called the Father of illuminations or lights. 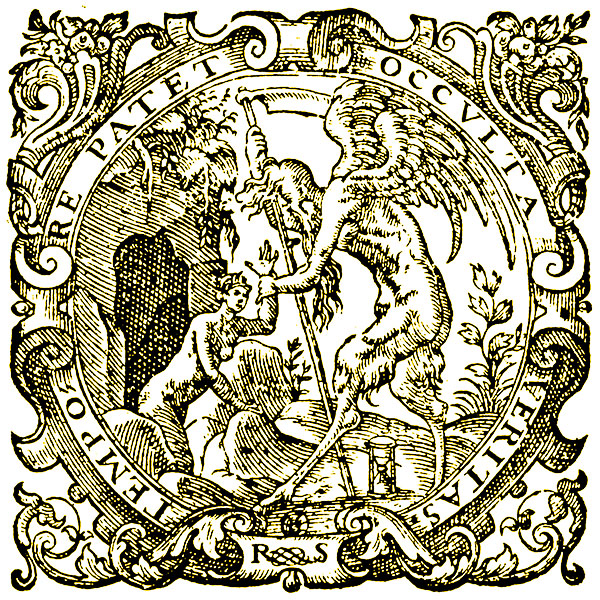