“Still therefore it is Nature which governs everything: but under Nature are included these three; the course of Nature, the wanderings of Nature, and Art—which is Nature with man to help.”

The word ‘geocosmology’ was invented as a combination of two words, ‘geomancy’ and ‘cosmology’, and refers to the science and art of geomancy and cosmology and their interrelationship or interface.

Geomancy literarily means ‘earth divination’ but is, fundamentally, a science of natural energy, form and consciousness in respect of the human being as well as of the planet with its landscape and man-made environment—and, by extension, of nature everywhere.

(Divination is the art of sensing, intuiting, perceiving and being inspired, which, when coupled with the rational faculty, culminates in understanding.)

Cosmology is a science concerning the natural or physical cosmos or universe, and the mind or consciousness behind it. At its highest level it is a science of wisdom and metaphysical truths, including that of the spiritual archetypes and intelligencies (angels) of the universe—in other words, a science of spiritual energy, form and consciousness.

Geocosmology could be summarised as the ability to perceive the divine in nature; that is to say, to see and understand the spiritual design—the wisdom and its archetypal laws, forms or patterns—that underlie the energetic and outer forms of nature, particularly the landscape. Such patterns, which are usually geometric or mathematical, include the zodiac or chakra (‘wheel of life’), the chakra system and the ‘tree of life’. They originate in the cosmic mind but interpenetrate and organise matter, existing at the etheric interface of mind with matter.

Traditionally, in the mystery schools, it is said that the wisdom itself is the real architect, and that this wisdom is hidden or buried in the architecture. This has been described metaphorically as the architect being interred in the foundations of the building as the foundation sacrifice—a symbolic teaching that has sometimes been misinterpreted by imitating it all too literally. As the divine wisdom is also known as the Logos or Word, the buried or incarnate Word has come to be known as “the Lost Word”. The purpose of the human soul, as Bacon describes it, is to find this “lost” or hidden truth and thereby play the divine game of hide and seek, as described by Solomon (Proverbs 25:2). 1

Geomancy and cosmology are, respectively, the Hermetic sciences of earth and heaven. They complement each other and go together like twins or lovers. The higher lies behind and is revealed in the lower, and the lower gives the clues to and knowledge of the higher. They affect each other and, ultimately, can be married together.

The principle behind the love-making of these two (heaven and earth) is scripturally described as the spirit moving upon the face of the waters. 2  This is applicable to everything that exists, but in a dramatic worldly way the “face” or interface of the two is symbolised by our planet’s landscape, which forms the interface between the airy atmosphere and space beyond (‘heaven’) and the more watery and solid ground (‘earth’). Because of the symbolic association, in the landscape, on the stage of the world, the love-magic can be performed. As Jaques in Shakespeare’s As You Like It says: “All the world's a stage, and all the men and women merely players”. 3

It is becoming increasingly clear that Francis Bacon and others associated with him had a good knowledge of the geocosmological energy pattern or zodiac of Britain—a pattern recognised before them by the Celts, Romans and Normans, all of whom utilised this knowledge. The particular siting of Gorhambury, Bacon’s country estate, within the zodiac of Britain, and the geometric or geocosmological pattern laid out and marked by him across its landscape after he had inherited the estate, bear witness to some of this knowledge.

Also significant in the Bacon-Shakespeare-Rosicrucian mystery are the relative locations of Stratford-upon-Avon and Gorhambury, St Albans, within the landscape zodiac of Britain in respect of the celestial phenomena associated with and leading up to 1604—a 3rd-magnitude nova in Cygnus that was first sighted in 1600, unusual planetary conjunctions during 1603-4 and a 1st-magnitude supernova in Ophiuchus in 1604, the latter of which marked the metaphorical opening of the Rosicrucian tomb of Fra CRC and the start of making public the Rosicrucian work that had hitherto been prepared in secret. The “new stars” in Cygnus and Ophiuchus are especially noted in the symbolic illustration depicting the Invisible College of the Rosicrucian Fraternity in Theophilus Schweighardt’s book, Speculum Sophicum Rhodo-stauroticum, published in 1618.

The choice of Gorhambury, St Albans, by Sir Nicholas Bacon, as the place to build his family home and ‘mystery school’ country retreat shortly after Francis Bacon was born, was certainly not by chance. Not only is St Albans an important location on the ancient ‘Bran Route’ from Anglesey to London and home of the British martyr, Saint Alban, the founder of Freemasonry in Britain, but also St Albans lies within Ophiuchus, the Dragon Master or Serpent Bearer. Ophiuchus not only relates to Asclepius, the Greek god of medicine, and St George, the Christian Red (or Rosy) Cross Knight, but is known as the 13th Sign of the Zodiac. In the Arthurian myth, this is the 13th Seat of the Round Table, upon which the rightful heir to the throne sits.

Similarly the choice of the actor William Shakspere was not by chance, not only because of the symbolic relevance of his name as "William Shakespeare" but also because his home town, Stratford-upon-Avon, lies within Cygnus, the Swan, which, symbolically speaking, is the constellation of the great poet-creator of the universe. (Corresponding to the Western tradition, in the Vedic tradition the Swan is the vehicle of Brahma and Saraswati.) Moreover, Stratford-upon-Avon is the closest town to the apex point of what is known as the Masonic Compass, which point in the sky is marked by the star Deneb. (The other two points of the Compass are marked by the stars Regulus in Leo and Spica in Virgo.) The Masonic Compass is another name for the Divine Compass—a popular symbol in the Middle Ages for the Creator as the Great Architect of the Universe. Therefore, to set up and promote Stratford-upon-Avon as the focus of worldwide Shakespearean homage and pilgrimage can be seen as an excellent decision by Bacon and the Rosicrucian fraternity, especially because of the great cultural, artistic and educational benefits that can ensue (and have ensued) as a result.

Then there is the much bigger scale of geocosmology—the planetary scale used by the Rosicrucian fraternity and Francis Bacon in which Britain lies within Cassiopeia, the Heavenly Virgin Queen, and Cygnus is associated with Nova Scotia and the mystery of Oak Island. Using Rosicrucian terms, Bacon refers specifically to "navigation" (a Rosicrucian is a "navigator") and to the use of the "compass". This refers primarily to navigating the world of thought and creating in the human understanding "a holy temple after the model of the world”, 4 but it also refers to the navigation of the world in which the magnetic compass and compass rose is used. 5

We all live, work and play on the planetary stage, acting our parts as best we can (or not, as the case might be). Naturally it is helpful to get to know not only our parts but also the whole story. Moreover, it is helpful to get to know the design of the theatre in which the play is being performed, so that we learn what it is capable of and how best to use it for the benefit of all.

The full sense and purpose of geocosmology is the science and art of doing the right thing in the right place at the right time and with the right orientation or purpose. Since the wisdom itself is the creative, organising aspect of the Divine Love, the right thing to do will also be the most loving and appropriate thing to do. This would be the true image or imitation of what Francis Bacon referred to as “the work that God worketh from the beginning to the end” (a biblical quote). 6  This work is none other than love in action, the expression or manifestation of God, the Divine Love or Good, whose nature is Goodness. As Bacon pointed out, to imitate the divine work would be to fulfil the purpose of being human, which, we are told in the Hebrew-Christian Bible, is to be the image or likeness of God.

Charity…is excellently called the bond of perfection, because it comprehendeth and fasteneth all virtues together... 7 For so we see, aspiring to be like God in power, the angels transgressed and fell; ”I will ascend and be like the Most High”: 8 by aspiring to be like God in knowledge, man transgressed and fell: ”Ye shall be as gods, knowing good and evil”: 9 but by aspiring to a similitude of God in goodness or love, neither man nor angel ever transgressed, or shall transgress. For unto that imitation we are called: ”Love your enemies, do good to those who hate you, and pray for those who persecute and calumniate you; that you may be children of your Father who is in heaven, who maketh His sun to rise on the good and the bad, and raineth upon the just and the unjust”. 10

1. Francis Bacon, The Preface, Advancement of Learning (1640):-
"For, of the knowledges which contemplate the works of Nature, the holy philosopher [Solomon] hath said expressly, that the glory of God is to conceal a thing, but the glory of the king is to find it out: as if the Divine Nature, according to the innocent and sweet play of children, which hide themselves to the end they may be found, took delight to hide his works to the end they might be found out, and of his indulgence and goodness to mankind had chosen the soul of man to be his play-fellow in this game."
2. Genesis, 1:2.
3. Shakespeare, As You like It, II, vii.
4. See especially the research of Mather Walker: http://www.sirbacon.org/Matherpage.htm.
5. See especially the research of Petter Amundsen: http://shakespearethehiddentruth.com/ ; https://vimeo.com/user27343602/videos.
6. Ecclesiastes, 3:11.
7. Colossians, 3:14.
8. Isaiah 14:14. Initially printed in AoL (1605) in Latin as "Ascendam, et ero similis altissimo."
9. Genesis,3:5. Initially printed in AoL (1605) in Latin as “Eritus sicut Dii, scientes bonum et malum.”
10. Matthew, 5:44-45. Initially printed in AoL (1605) in Latin as “Diligite inimicos vestros, benefacite eis qui oderunt vos, et orate pro persequentibus et calumniantibus vos, ut sitis filii Patris vestri qui in coelis est, qui solem suum oriri facit siuper bonos et malos, et pluit super justos et injustos.” 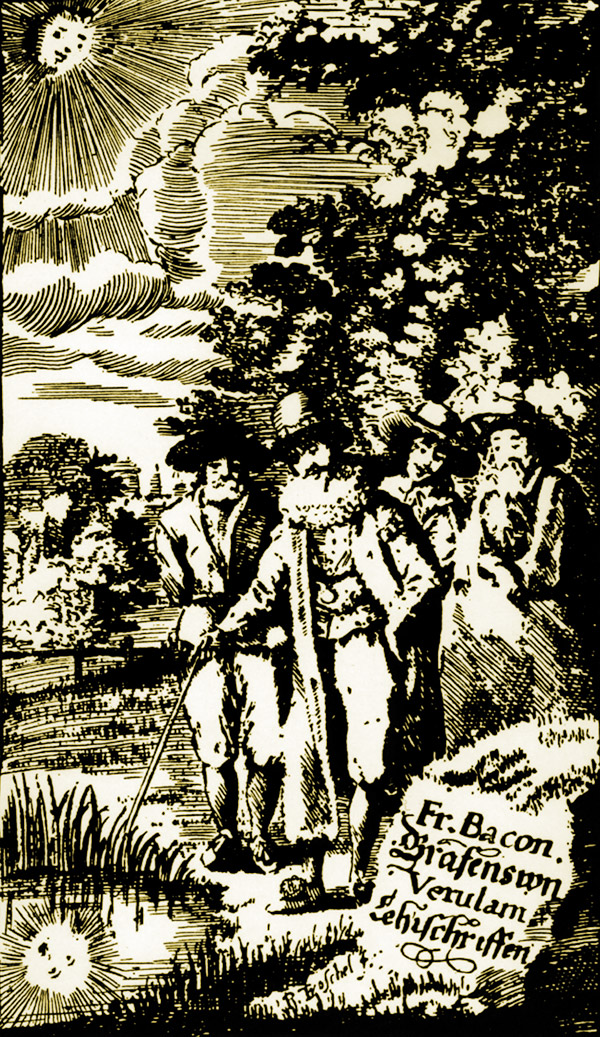 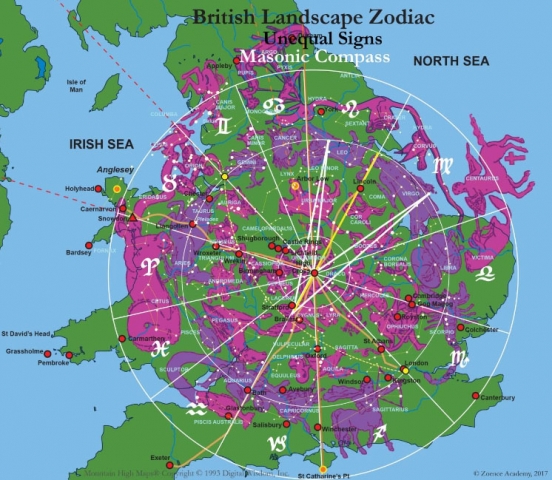