The Wisdom of Shakespeare

“For the principles, fountains, causes, and forms of motions, that is, the appetites and passions of every kind of matter, are the proper objects of philosophy.”

Francis Bacon, Thoughts on the Nature of Things.

Most of the Shakespeare plays enshrine not only a profound philosophy but also a remarkable wisdom. This wisdom provides the basic structure of the plays. Like the geometry that underlies an architectural edifice such as a classical temple or Gothic cathedral, so this wisdom underlies the plays. It is in fact the same wisdom or truth that underlies all nature, all life. This, coupled with the poetic expertise of the author, is probably to a large extent why the Shakespeare plays are so successful and meaningful, and continue to be so from generation to generation, nationally and internationally. It is an extraordinary phenomenon—a powerful magic.

As Hamlet says in Shakespeare’s play, speaking to the actors, the purpose of playing (i.e. acting, performing) is “to hold as 'twere the mirror up to nature: to show virtue her feature, scorn her own image, and the very age and body of the time his form and pressure.” 1  In this way, drama can show us what we are and what we might be, and point the way to what we probably should be.

This is in fact an ancient way of learning, having its origins in the classical mystery schools, as a previous Lord Chancellor of England, Richard de Bury, one of the most learned men of the 14th-century, pointed out:

“Accordingly the wisdom of the ancients devised a remedy by which to entice the wanton minds of men by a kind of pious fraud, the delicate Minerva secretly lurking beneath the mask of pleasure.” 2

Francis Bacon likewise, in referring to drama as being of excellent use, writes that “the care of the Ancients was that it should instruct the minds of men unto virtue.” 3

In nature (human and natural) is embodied the wisdom—the laws that design and govern all forms of life. As Bacon points out, there are both physical and metaphysical laws. He refers to the higher laws as being moral laws and states that the summary law, or law of laws, is Love, as understood in the fullest sense of love in action—“the work which God works from beginning to end” 4 —the divine labour of love. Bacon further describes this Love or summary law as “that impulse of desire impressed by God upon the primary particles of matter which makes them come together, and which by repetition and multiplication produces all the variety of nature”. 5

This desire, which is Love, is also that which is called the Will of God—our will, for instance, being what we want or desire. To make our will the Will of God is to desire what God desires, and this is love or charity (i.e. love in action). For this reason Bacon urges us to study and get to know our desires and emotions: “For the principles, fountains, causes, and forms of motions, that is, the appetites and passions of every kind of matter, are the proper objects of philosophy.” 6 Bacon, it should be noted, is not talking about the appetites and passions of just the natural world, but also of the human and divine worlds; for it is these three that compose the full scope of philosophy (i.e. Natural Philosophy, Human Philosophy and Divine Philosophy, as Bacon calls them).

Indeed, the Shakespeare plays, both individually and as a whole, appear principally to be a study in desires—in what is and what is not love. The tragedies demonstrate what happens when there is a distinct lack of love, although even in the portrayals of the very worst in human nature there is always an element of love and virtue to be found somewhere—a saving grace, as it were, made more visible because of the grotesqueness surrounding it. The comedies, on the other hand, demonstrate what happens when there is a lot of love and goodwill amongst the characters, even though they are not perfect in love (and therefore not perfect in their perceptions and actions), and the seemingly magical transformative and transmutative effect of that love. The histories are a mixture of both, although weighted heavily on the tragic.

Besides the summary law of love, the plays show how the subsidiary laws of love work in human life. Fundamentally there are two basic laws: the law of redemption and the law of cause and effect (also known as karma). The law of cause and effect always applies and the universe is governed by it. The law of redemption is a higher law and ever-present, but can only be brought into operation via compassion, mercy or forgiveness. When the receiver of such love is sufficiently pure, open and receptive to love, then that compassionate love, which is wisdom, is easily bestowed as a grace that teaches and heals, thereby redeeming (i.e. lifting) the recipient from a state of relative ignorance or ill-health to a more illumined and healthy state of being.

When this love needs to be given as mercy or forgiveness, it can only take place effectively when the one being offered forgiveness has asked for that forgiveness and is capable of receiving it. This requires what is known as repentance—a complete ‘turning around’ of one’s desires, thoughts and behaviour from a selfish, unloving state to one that is genuinely determined to be more loving and unselfish. When this happens, the law of redemption transmutes the situation to something much better. That is to say, it redeems the karma. This can happen suddenly, in an instant, when both repentance and forgiveness are both sufficiently perfect.

A good illustration of this is given in The Two Gentlemen of Verona, wherein at the end of the play Proteus is truly repentant and Valentine completely forgives him. Another vivid illustration is provided in The Merchant of Venice, but this is not particularly successful because Antonio and the Duke are not so pure in love as to be able to be unconditionally merciful, and Shylock is definitely not repentant.

These two great laws of redemption and karma are primary aspects of the fundamental polarity of all manifest life, in which the relationship of the two poles produces the magical third: hence the Holy Trinity. These two also manifest in life as the immortal and mortal realms of being, as allegorised in the Gemini myth.

A related myth is that of Venus and Adonis, the former being the immortal, the latter the mortal. As in the Gemini myth, the mortal Adonis dies and, because of Venus’ love for him, is resurrected in another (immortal) form.

The myth of Venus and Mars (Greek: Aphrodite and Ares) allegorises the truth as it exists at another level. Venus and Mars, both immortals, have an eternal love affair resulting in the birth of Harmony (Greek: Hermione) and Love (Greek: Eros). 7

The twin entrance pillars of a classical temple were associated with Venus and Mars, echoing the same idea as lies behind the names of the Great Pillars of Solomon’s Temple, Jachin and Boaz. Mars symbolises strife, Venus friendship: hence, striving together in friendship is what produces harmony and love (charity). Mars is associated with thought or reason, Venus with desires or emotion.

Referring to the classical teaching concerning this, Bacon wrote: “Strife and friendship are the spurs of motions and the keys of works”. 8  In all the Shakespeare works (plays, poems and sonnets), this principle or law of polarity is employed in a masterly way.

The Wheel of Life

The law of cause and effect, or karma, generates the life process which operates within cycles of time. This life process has four distinct stages, which can readily be seen in the four seasons of an annual cycle (winter, spring, summer and autumn), and in the four stages of plant growth (seed, plant, flower and fruit). It can also be seen in the transformational stages of a lighted candle wherein, in order to produce the light, a hot flame is applied to the wick, resulting in the hard, cold wax first melting, then vaporising, then bursting into flame. This flame then shines with light. The first four stages involve transformation from one form to another, but the fifth stage involves a transmutation (i.e. from a limited or lower form of existence to an unlimited or higher form of existence).

The scientists of the mystery schools, who were also known as alchemists, used the symbolism produced by the lit candle to describe the stages of the life process—the four transformational stages from earth to water to air to fire (i.e. solid to liquid to vapour to flame) culminating in a transmutation to the fifth stage or form, called quintessence or aether (i.e. light). Transmutation is equivalent to redemption.

Subject to the same law as the rest of nature, the life process of a human being goes from an impulse to a desire, to a thought, to an action. As a result of this experience we usually gain some knowledge, which then informs the next cycle of life process; and thus we evolve. If our desires become truly loving, then our thoughts will begin to be those of love (which means that we will understand something of truth), and our resulting actions will be loving or charitable ones. The knowledge then gained from this love-powered experience brings a knowledge which is an illumination. This is known as initiation, and it is this which eventually produces the saint, seer and true sage, the illumined or christed one.

All the Shakespeare plays are constructed correctly according to this cyclic law. Some plays are governed by only one cycle of impulse, desire, thought, action and result, whilst others have two or more cycles, or even cycles within cycles.

Shakespeare also recognised and portrayed in his plays what the alchemists recognised: that there are four main levels or grades of the human life process cycle—gross, mundane, virtuous and exalted. The mundane cycle is the ordinary cycle of impulse, desire, thought and action, recycled over and over again. The gross is when this ordinary cycle is perverted by deliberately bad, selfish or evil desires, resulting in noxious or pernicious thoughts and actions. The virtuous cycle begins when a person starts to live a truly good life, dedicating him or herself to being loving and doing good. This is initiation—a stepping into the true mystery of life. The stages that follow are known as degrees of initiation, leading to illumination. The exalted cycle is that of the illumined soul.

The Shakespeare tragedies portray mainly the gross and mundane cycles; the histories are a mixture of gross, mundane and occasionally virtuous cycles; the comedies focus primarily on the virtuous and exalted cycles, but with some portraying all four cycles. The greatest example of the latter is The Tempest.

The Shakespeare plays are set up to be experienced as mysteries, for those who might wish to do so. That is to say, they can be used to help us develop and pass through cycles of initiation, thereby gaining increasing knowledge of the laws of life and how to practice them in our own lives for the betterment and enlightenment of both ourselves and the human race.

1. Shakespeare: Hamlet  3.2.17-24.
2. Richard de Bury, High Chancellor of England, Philobiblon (1345), ch xiii.
3. Francis Bacon, Advancement of Learning, II, xiii (1605).
4. Ecclesiastes 3.11.
5. Francis Bacon, Wisdom of the Ancients, ‘Cupid or the Atom.’
6. Francis Bacon, Thoughts on the Nature of Things.
7. The son of Aphrodite (Venus) and Ares (Mars) is Eros (Cupid) the younger. The elder Eros is the First-born (Protogenos)—the Divine Love (Eros) and Light (Phanes) of the universe, in which is all life. The younger Eros, when fully grown, becomes in nature and attributes like his 'Father', the elder Eros: hence the statement, "The Father and I are one."
8. Francis Bacon, History of the Sympathy and Antipathy of Things. 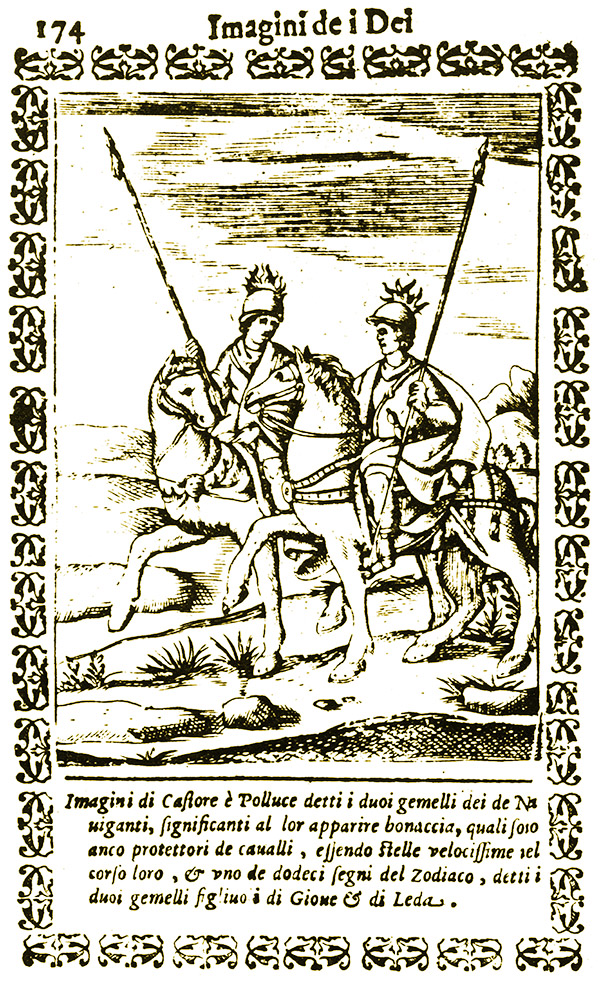