“Next unto God, Love is the Cause of Causes, itself without any Cause.”[1]

“This Love I understand to be the appetite or instinct of primal matter; or to speak more plainly, the natural motion of the atom; which is indeed the original and unique force that constitutes and fashions all things out of matter.”[2]

“For beyond all doubt there is a single and summary law in which nature centres and which is subject and subordinate to God; the same in fact which in the text just quoted is meant by the words, The work which God worketh from the beginning to the end.”[3]

“For the principles, fountains, causes, and forms of motions, that is, the appetites and passions of every kind of matter, are the proper objects of philosophy.”[4]

“For I form a history and tables of discovery for anger, fear, shame, and the like: for matter political; and again for the mental operations of memory, composition and division, judgment and the rest; not less than for heat and cold, or light, or vegetation, or the like.”[5]

“I had rather believe in all the Fables in the Legend, and the Talmud, and the Alcoran, than that this universal Frame is without a Mind.”[6]

“I take Goodness in this sense, the affecting of the weal of men, which is that the Grecians call Philanthropia; and the word humanity (as it is used) is a little too light to express it. Goodness I call the habit, and Goodness of Nature the inclination. This of all virtues and dignities of the mind is the greatest; being the character of the Deity: and without it man is a busy, mischievous, wretched thing; no better than a kind of vermin. Goodness answers to the theological virtue Charity, and admits no excess, but error.”[7]

“By aspiring to a similitude of God in goodness or love, neither man nor angel ever transgressed, or shall transgress.”[8]

“To conclude therefore, let no man upon a weak conceit of sobriety or an ill-applied moderation think or maintain, that a man can search too far, or be too well studied in the Book of God's Word, or in the Book of God's Works—Divinity or Philosophy. But rather, let men endeavour an endless progress or proficience in both; only let men beware that they apply both to charity, and not to swelling [pride]; to use and not to ostentation; and again that they do not unwisely mingle or confound those learnings together.”[9]

“Lastly, I would address one general admonition to all: that they consider what are the true ends of knowledge, and that they seek it not either for pleasure of the mind, or for contention, or for superiority to others, or for profit, or fame, or power, or any of these inferior things: but for the benefit and use of life; and that they perfect and govern it in charity.”[10]

“So certainly, if a man’s mind be truly inflamed with charity, it doth work him suddenly into a greater perfection than all the doctrine of morality can do, which is but a sophist in comparison of the other.”[11]

“The knowledge of man is as the waters, some descending from above, and some springing from beneath; the one informed by the light of nature, the other inspired by divine revelation... So then, according to these two differing illuminations or originals, knowledge is first of all divided into Divinity and Philosophy.”[12]

“In Philosophy, the contemplations of man do either penetrate unto God, or are circumferred to Nature, or are reflected and reverted upon himself. Out of which several inquiries there do arise three knowledges, Divine Philosophy, Natural Philosophy, and Human Philosophy or Humanity.”[13]

“For knowledges are as pyramids, whereof History is the basis. So of Natural Philosophy, the basis is Natural History; the stage next the basis is Physique [Physics]; the stage next the vertical point [apex] is Metaphysique. As for the vertical point, opus quod operatur Deus à principio usque ad finem [‘the work that God works from beginning to end’], the Summary Law of Nature, we know not whether man's enquiry can attain unto it....”[14]

“Now the empire of man over things is founded on the Arts and Sciences only; for Nature is only governed by obedience.”[15]

“Still therefore it is Nature which governs everything: but under Nature are included these three; the course of Nature, the wanderings of Nature, and Art—which is Nature with man to help.”[16]

“The essential form of knowledge… is nothing but a representation of truth: for the truth of being and the truth of knowing are one, differing no more than the direct beam and the beam reflected.”[17]

“The understanding of man and his will are twins by birth as it were; for the purity of illumination and the liberty of will began together. Nor is there in the universal nature of things so intimate a sympathy as that of truth and goodness.”[20]

“But to speak the real truth, the poets and writers of history are the best doctors of this knowledge, where we may find, painted forth with great life and dissected, how affections are kindled and excited, and how pacified and restrained, and how again constrained from act and further degree; how they disclose themselves, though repressed and concealed; how they work; how they vary; how they are enwrapped one within another; how they fight and encounter one with another; and many other particularities of this kind; amongst which this last is of special use in moral and civil matters; how, I say, to set affection against affection, and to use the aid of one to master another...”[21]

“That the discretion anciently observed… of publishing part, and reserving part to a private succession, and of publishing in a manner whereby it shall not be to the capacity nor taste of all, but shall as it were single and adopt his reader, is not to be laid aside, both for the avoiding of abuse in the excluded and the strengthening of affection in the admitted.”[22]

[1] Francis Bacon, On Principles and Origins, According to the Fables of Cupid and Cœlum (1609).

[8] Francis Bacon, Of the Proficience and Advancement of Learning, Divine and Human, Bk II (1605).

[9] Francis Bacon, Of the Proficience and Advancement of Learning, Divine and Human, Book I (1605).

[11] Francis Bacon: Of the Proficience and Advancement of Learning, Divine and Human, Bk II (1605).

[12] Francis Bacon, Of the Proficience and Advancement of Learning, Divine and Human, Bk II (1605).

[13] Francis Bacon, Of the Proficience and Advancement of Learning, Divine and Human, Bk II (1605).

[14] Francis Bacon, Of the Proficience and Advancement of Learning, Divine and Human, Bk II (1605).

[17] Francis Bacon, Of the Proficience and Advancement of Learning, Divine and Human, Bk I (1605).

[20] Francis Bacon, Of the Advancement and Proficience of Learning, Bk V (1640). Transl. by Gilbert Watts of De Dignitate & Augmentis Scientiarum (1623). 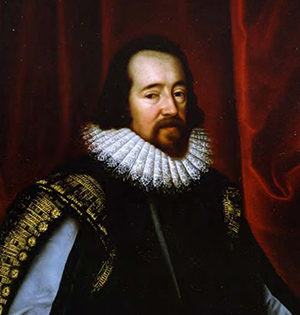 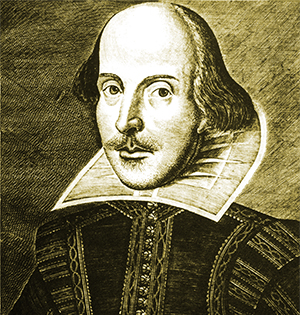 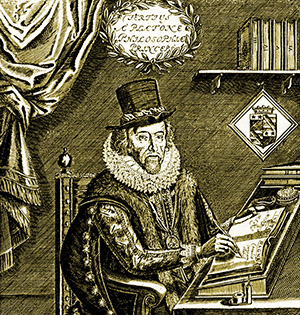