“In sum, I would advise all in general, that they would take into serious consideration the true and genuine ends of knowledge; that they seek it not either for pleasure, or contention, or contempt of others, or for profit, or fame, or for honour and promotion, or such like adulterate or inferior ends; but for the merit and emolument of life; and that they regulate and perfect the same in charity.” 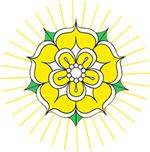 The Trust is administered by a Board of Trustees:
Robert Wilson (Chairman); Julia Cleave; Donna Duncombe, Helen Johnson; Robert Waygood.
The Secretary is Sarah Dawkins.
The Principal is Peter Dawkins. 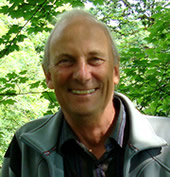 Peter is a philosopher, historian, author, lecturer, teacher and leader of workshops, seminars and special events in many countries of the world. His specialist interest is in the Western wisdom traditions and mysteries, mythology, sacred architecture and landscape, and the English Renaissance. He is a recognised authority on the history and wisdom of the 16th/17th century Rosicrucians, Francis Bacon and Shakespeare, and their effect on the world. He teaches mostly through seminars, workshops, mystery school events and pilgrimages to sacred sites of the world.

Peter is the founder-principal of the Francis Bacon Research Trust, which specialises in research and education concerning Shakespeare, Bacon, the Rosicrucians and other philosophers and artists of the European Renaissance.Together with his wife and partner Sarah, Peter also runs the Zoence Academy and Mystery School, which is particularly involved in the Western wisdom traditions and the wisdom of the land.

The Baconian work, which is likewise involved with knowledge of the landscape as well as history, philosophy, culture and consciousness, concerns one of the great doorways into the otherwise esoteric Western Wisdom Tradition. Shakespeare and the Rosicrucians are part of this story.

Peter’s book, The Shakespeare Enigma, presents the treasure trail that leads to (and is) this ‘doorway’, whilst its complementary book, Building Paradise, describes what the Baconian-Rosicrucian method and work actually is. A panoramic summary of this wisdom knowledge is given in his book, Core Truths.

Peter’s many publications include a series on the ‘Wisdom of Shakespeare’ in various Shakespeare plays, and The Shakespeare Enigma, which acts as a 'doorway' to the hidden history and mysteries of the 'Shakespeare Circle' and Rosicrucians. A panoramic summary of the Western wisdom teachings is given in Peter's book, Core Truths.

“We know Shakespeare is entertaining, and his work a phenomenon amongst mankind’s achievements, but what is he actually saying to us? There are many interpretations. I find Peter’s one of the most beautiful and one that is beneficial to my life, enriching my ability to live intimately with myself, others, and the world around me, seen and unseen.”
– Mark Rylance, multi-award-winning actor, theatre director and playwright (first Artistic Director of Shakespeare’s Globe, London, 1995-2005). 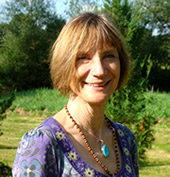 Sarah has also been involved in the inception and organisation of Gatekeeper Trust, whose current principal concern, like that of Zoence, is with the art of pilgrimage and its potential for personal and planetary healing. Over the years she has been the secretary and a trustee, and is currently an elder of the Trust.

Working with her husband Peter and Zoence Academy, and the educational charities FBRT and Gatekeeper Trust, Sarah has gained wide experience in designing, organising, leading and co-leading pilgrimages, conferences and workshops in many countries of the world.

One of Sarah's special interests and expertise is Paneurhythmy, a form of dance-yoga, and the wisdom behind it, which she teaches and leads people in dancing. Sarah also teaches circle dance. Both these are often incorporated into workshops and pilgrimages in which Sarah is involved. 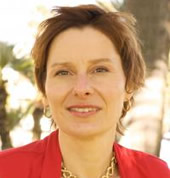 Saira’s ‘day job’ is working in the field of holistic health and naturopathic nutrition. She caught the Shakespeare bug as a teenager, and has long been a student of ancient history and the Ancient Wisdom teachings, with particular emphasis on their continuing relevance to us today. Curious about everything, she loves a good mystery and also has a deep empathy and love of Nature and the natural world. Integrating all this knowledge and understanding within her writing, speaking and workshops enables Saira to continually develop her insights and share what is required to achieve a truly integrated sense of wellbeing in order to live well in this world. 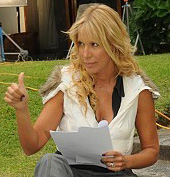 During 1990-1999 Mariana directed several fairy tale musicals at the prestigious Teatro General San Martin and Teatro Presidente Alvear, amongst others, in Buenos Aires, Argentina, where she won several awards. In 1999 she moved to Uruguay, being asked by her family to reorganise and run her family’s theatre, Teatro de la Galeria Sagasti, in Punta del Este, Uruguay. She has worked as an executive producer and actress for the TV series "Garzon", and as a writer, actress and producer for the TV series "Esteños". In 2016 she created and led as CEO the First Shakespeare Festival of Punta del Este in Uruguay and was the executive producer of the TV series "The Frenchman" (El frances).

Besides writing, acting, directing and producing, Mariana also ran a studio for the arts – art, theatre, dance, yoga, sports, music and rest to nourish the health, happiness and wellbeing of each individual – for 16 years, from 2000 till late December 2016.

Mariana has visited the UK many times and taken part in many Wisdom of Shakespeare events, including at the Globe Theatre in London, where she also worked in the Globe's Education Department with acting students from Uruguay. 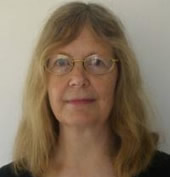 Julia Cleave is a trustee of the Shakespearean Authorship Trust, an FBRT trustee, and a Fellow of the Temenos Academy. She originally studied Shakespeare at Oxford with Professor Hugo Dyson, one of the Inklings. Since 2012 she has been involved in organising the annual SAT conferences held at Shakespeare’s Globe Theatre, and has spoken at international Shakespeare symposia in London, Paris and Ashland, Oregon. 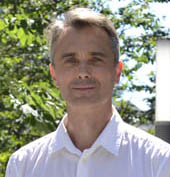 As a Landscape Architect, working within a thinking environment plays an important role in helping me to understand my connection to the living landscape and the best way to be of service. I strive to create a harmony with a landscape’s past influences, patterns and the roles that have shaped it to the present day and how those elements will affect the role it will play in the future.

I also give time to researching into the ancient wisdoms of how we used to understand, view and work with the land and the re-emerging belief in how design can help enhance its therapeutic qualities. My particular interest is to explore the works of Francis Bacon, understanding his legacy and the learning that exists from his life and words. Writing and talking about these philosophies and truths, that arose from his work with the landscape, can today shape our own landscape connection and wellbeing.